Summits on the Air

Summits on the Air is an international program to encourage ham operators to carry portable equipment to the top of hills and mountains, then to try to contact others from there.  It's a slightly-wacky idea, given that ham radio is perhaps the most couch-potato-esque hobby there is. 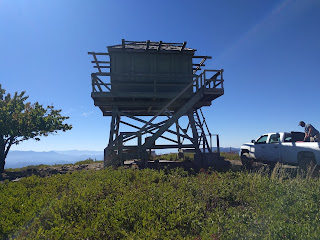 Each summit is designated by a reference which includes the "Association," "Region" and a unique number.  My choice this week was Onion Mountain in Josephine County Oregon.  To SOTA, the peak is W7O/SC-048, for "Oregon," "South Coast" and the 48th one designated in the region.

It's an old Forest Service fire lookout, which is also the site of several communications sites for state, local and federal government agencies.  It's 10 miles up a gravel road from Grants Pass, Oregon. 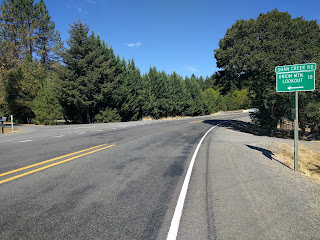 Then stay on the "main" road, such as it is, until you reach a "T" intersection, where you turn right.  Eventually, you arrive at one of those multi-road forest intersections.  Continue more-or-less straight until you come to this gate: 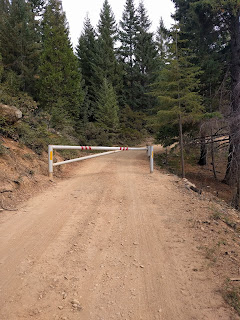 Note that it doesn't say, "Keep Out." It's only there to keep vehicles out, so continue on foot.  Shortly past the gate, you'll be able to see the site on the left. 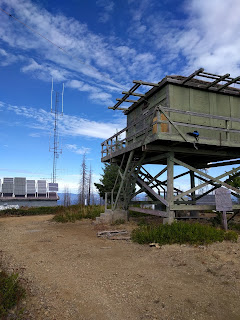 The old lookout's walkway and stairs are still serviceable, so I made them my operating position.  You can see one of the antennas I used extending from the railing of the walkway. 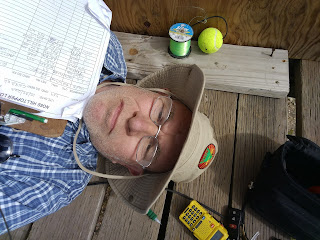 Of course, ham radioing is tiring, so sometimes one needs to take a bit of a break.


While I only made a dozen or so contacts, mostly in Morse code, I had a great time.  The weather was spectacular, and so were the views: 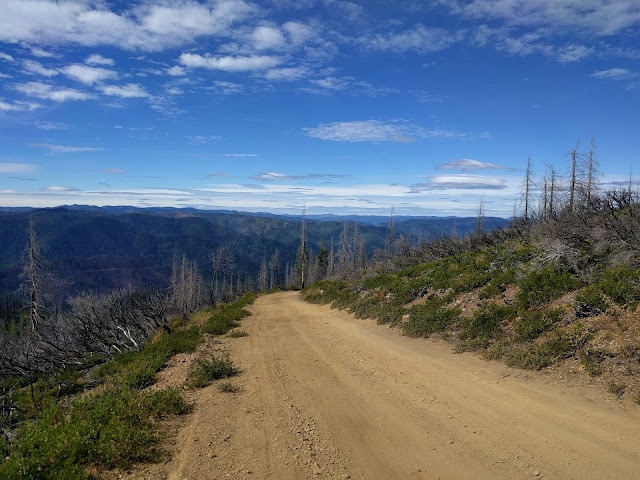 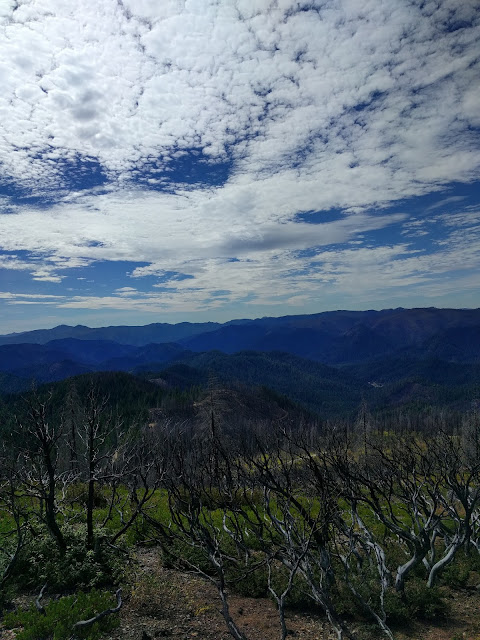 Onion Mountain is a fine place for a day trip in Southern Oregon.  As always, follow standard precautions, including telling people where you are going and when you're expected back. Carry water and pay attention to your surroundings.  If your GPS permits, and most do, you can
navigate the driving portion using the peak's coordinates: 42.4545 (N) and -123.6161 (W).